Female Syrian Refugees in Houston Bear the Brunt of Circumstances 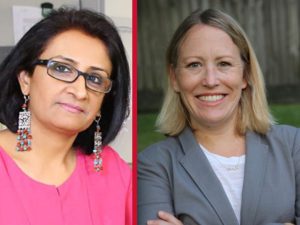 Since the Syrian civil war began in 2011, approximately 20,000 Syrian refugees have resettled in the United States, with an estimated 130 families resettling in Houston. Prior to their resettlement, most Syrian refugees reported experiencing traumatic events including torture of self or loved ones, death of family members or friends and loss of property, income and self-sufficiency.

To examine the physical and mental well-being of the Houston Syrian refugee population, researchers in the UH College of Pharmacy and UH Department of Psychology conducted a pilot study which revealed that Syrian women in Houston are sadder and experience more stress-induced reactivity than Syrian men. The results are published in the International Journal of Environmental Research and Public Health.

“Our data and previous studies suggest that refugee women are at a greater risk of mental health problems, such as depression, anxiety, and PTSD, which increases the risk of psychopathological disorders among this vulnerable group,” reports Samina Salim, associate professor of pharmacology. “Displacement from their home country and social strain were the major sources of stress in Syrian refugee females.”